“The Haunting of Hill House”

Posted on October 2, 2012 by Victoria Waddle

The Haunting of Hill House by Shirley Jackson 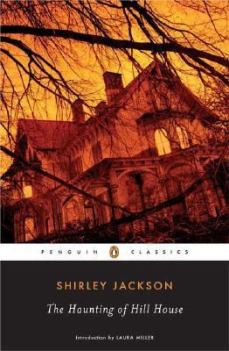 Some of you have said you’re tired of teen horror that focuses a bit too much on romance. You want something creepier, but you’re not sure if you have the time to read the nearly 1,000 page Stephen Kings.

I have a book for you.

The Haunting of Hill House is creepy in the best sense. Jackson is known as a master of horror and plot twists. If you’ve read her short story “The Lottery,” you’ll have an idea of what she can do with the unexpected, the shock factor.

Here, four young adults are selected by Dr. Montague, an occult scholar who wants his research taken seriously, to spend a few weeks in Hill House. The house is reported to be haunted, and no one who has rented it has ever stayed more than a few days. Nonetheless, they always give rational reasons for leaving, as if they think people will find them crazy if they admit to the haunting.

Of the four young people, Eleanor, grabs the attention of the reader immediately. She had to care for her ailing, unappreciative mother until her mother died. She is bound to her sister and her sister’s family and must share a car with them. Eleanor, who has been selected to stay at Hill House because she had a documented event with poltergeists in her childhood, feels that the trip will be a chance to break free of the patronizing behavior of her sister and her sister’s husband. When they refuse to allow her to take the car, Eleanor takes it early in the morning before anyone else has awoken. The reader wants her to escape, and cheers her through her trip toward the house.

Once she arrives, she befriends the others. It looks like she is finally going to get what she desires from life. But Hill House isn’t haunted in the traditional sense of having ghosts. It is a personality of its own—and it wants Eleanor. Though all the others see the evidence of this, they pull away from Eleanor, accusing her of creating some of the frightening and bizarre episodes.

And for someone as fragile as Eleanor, dealing with the house alone is more than a challenge.

The Haunting of Hill House is pretty short—a few hundred pages—and Jackson doesn’t waste your time with extraneous detail. What starts as a very ordinary trip and an opportunity to find friends ends in spine chilling creeps.

I'm a high school librarian, formerly an English teacher. I love to read and my mission is to connect people with the right books. To that end, I read widely--from the hi-lo for reluctant high school readers to the literary adult novel for the bibliophile.
View all posts by Victoria Waddle →
This entry was posted in Classic Fiction, Family Problems, Fiction, Horror/Mystery/Suspense, Supernatural and tagged ghosts, horror, Shirley Jackson. Bookmark the permalink.

1 Response to “The Haunting of Hill House”